Afternoon tea fit for a princess: Ladurée in NYC where Meghan Markle came to visit!

When royalty and tea connect, it hits our radar - and, if possible, we find a way to be a part of it! Such is the case with Ladurée , the French restaurant in the Soho section of Manhattan, where Megan Markle visited last February and had tea and macarons.

Just our luck (!),  we had planned a trip to New York this month to visit my son, Matt, who recently moved to the Big Apple to start graduate school. 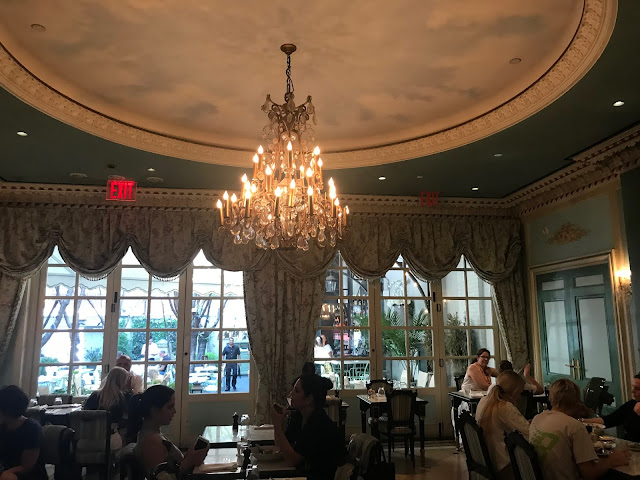 As noted in Harper's Bazaar, Meghan came to New York earlier in the year to attend a private baby shower in her honor on the upper east side. While here, she  made it a point to stop in at Ladurée  with a good friend for tea and macarons in a private space at the French restaurant.

When we stopped in at Ladurée  two weeks ago, our waiter confirmed Meghan had. indeed, visited in February and reported she was very down-to-earth.  He pointed to the private room where she had sipped tea and sampled macarons. 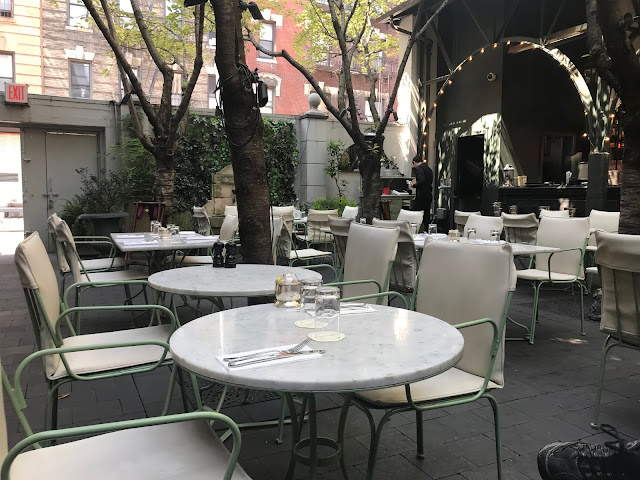 It was worth the trip on that alone! But, add a delightful afternoon tea, outstanding macarons and a little bit of French history, and, nous avons touché le jackpot! 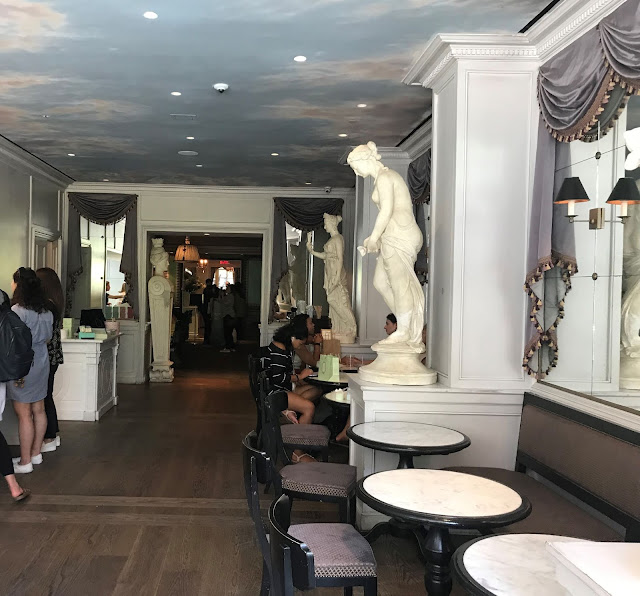 Before our visit, I did a little research on Laduree. According to its website, it began in 1862 as a French bakery in Paris,  founded by Louis Ernest Laduree.  In time, it received a facelift and transformed into a pastry shop and café, the latter venue  becoming very popular with the Paris elite. It was Laduree's wife, Jeanne Souchard, who had the idea of mixing the styles and, per the website,  it "gave birth to one of the first tea rooms in town. The 'salon de the' had the definite advantage over the cafes:  women could gather in complete freedom." 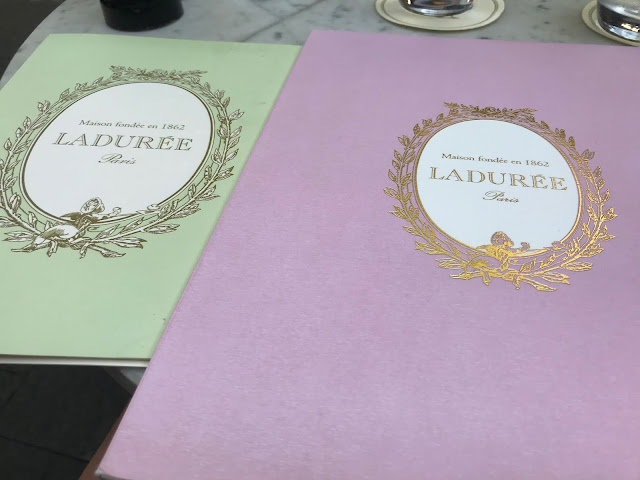 Laduree expanded to different locations in Paris, then abroad, coming to New York in 2011 and the Soho location in 2013. That's where we (and Meghan) had tea!

I knew there was a lot to like about this place. And we haven't even talked about the menu. . . . " 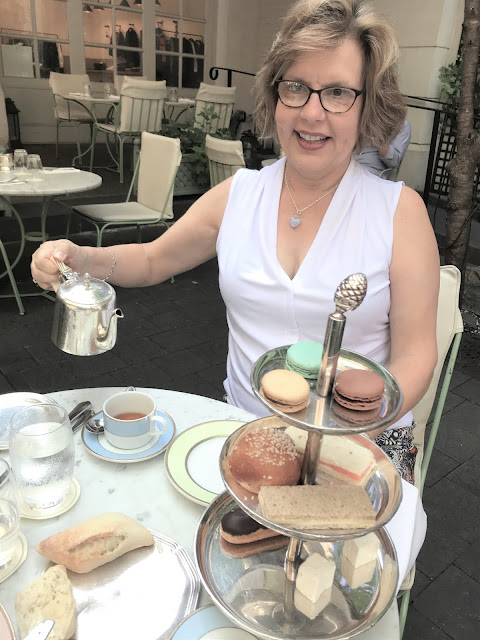 Afternoon tea is served every day at Laduree from 2:00 - 5:00 PM. Unfortunately, I had not zeroed in on the time and made reservations for 1:00. Amazingly empathetic to our plight, our waiter checked with the chef, and they were très accommodating. We had the full afternoon tea service, with one substitution: a salted roll in place of a madeleine. (The roll was so light, flavorful and delicious, I was not disappointed in the least!). 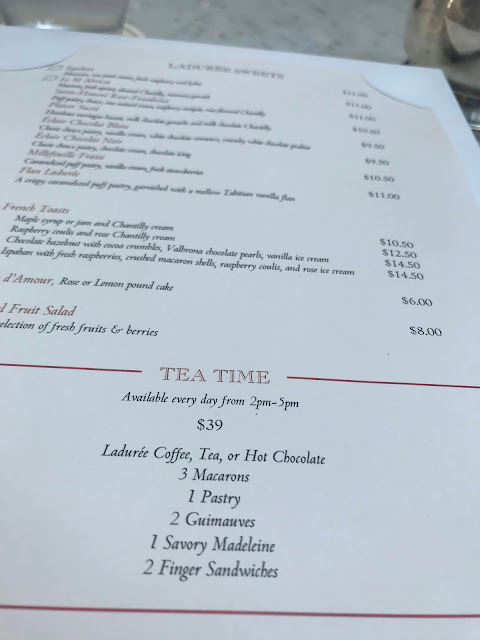 The tea fare included two tea sandwiches (I had smoked salmon and comte cheese - both scrumptious!),  a luxuriously sinful chocolate éclair, two guimauves (gourmet marshmallows) and the best macarons I have ever tasted. 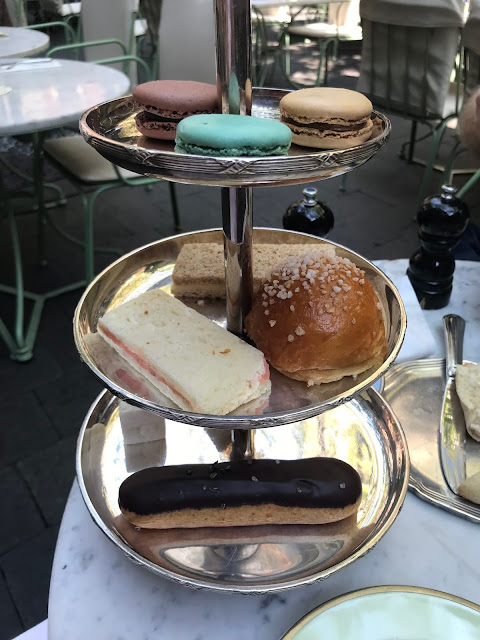 A slight disclaimer here - I like macarons, but I don't typically LOVE them. I have to say, Ladurees made me a fan:  j'adore the macaroons du Laduree. I brought home a dozen to share. (je regret, il n'ya plus rien!). 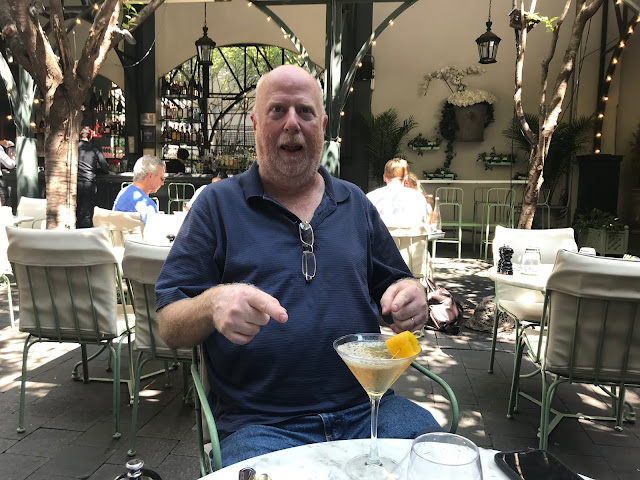 And a note to those who enjoy restaurants for more than afternoon tea, Laduree has a full menu for lunch and dinner and cocktails as well. My husband, Chris, who believes "when in  Rome. .  ." ordered up a Manhattan with his lunch. 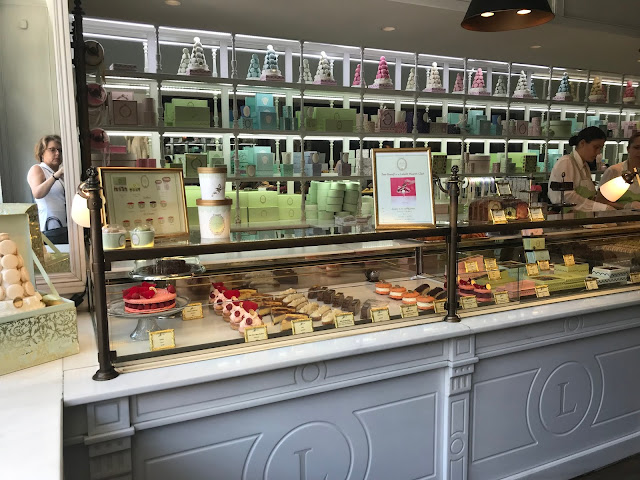 Deux pouce est en place  for Laduree - something  delicious and special for everyone!

More stories to come on our trip to NYC! STAY TUNED TO OUR BLOG FOR MORE ON THE BIG APPLE!! (you know, Gilded Age is part of it!)

Countdown to Downton Abbey: Join BTS for the movie premier and Townsend Tea!


It's been a long wait, but after  three long years, we Downton Abbey fanatics will once again be reunited with the upstairs and downstairs clan of that grand country estate across the pond.

My tiara arrived today, so I'm now set  for the weekend of September 20th. I hope you will join us in some amazing DA festivities.


Come join us for a Downton Abbey-inspired afternoon tea event at the Townsend Hotel, Sunday, September 22. Check out this evenbrite link for more details:  Downton Abbey Tea at the Townsend, special guest, Barbara Gulley.  You MUST see what's on the menu - you'll feel like the royalty that comes to visit Downton Abbey!


We'll talk about our visit to the real Downton Abbey, Highclere Castle, our interview with the current countess of the family estate, Lady Carnarvon and  -  NEW! -  table manners and etiquette of DA.

And, for those of you who want to attend the movie premiere, September 20th, Barb's Tea Service has reserved a number of movie tickets for an evening showing at the Maple Theater in Bloomfield. We'll be donning our tiara's and gloves. If you want to be part of our fanatic, fun group, email us at barb@barbsteashop.com.  More details coming soon!

In the meantime, channel your inner-Violet/Mary/ Mrs. Patmore and let the countdown to Downton begin!! 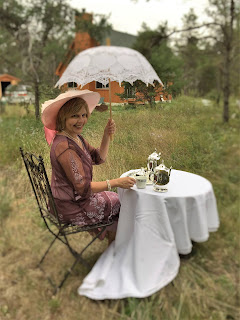 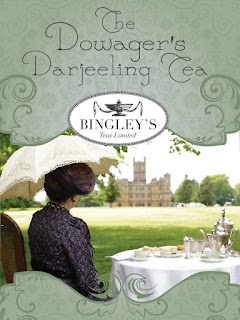