Jane Austen House in Chawton and tea at Cassandra's Cup 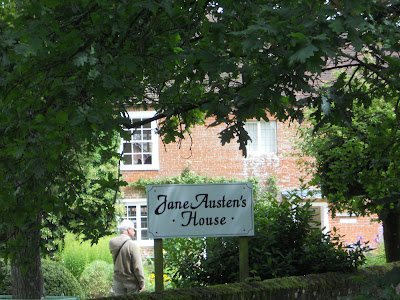 I am experiencing much felicity this afternoon as I ruminate on my journey to London a little more than a fortnight (times two!) ago. It was a trip designed to experience all that was tea and all that was Jane Austen and, I tell you dear reader, it was all that and more!

Yes, it is so, that in only a few days’ time this past July, equipped with merely a Frommer’s travel guide, a few folded up emails with directions, a daughter with a tremendous ability to navigate uncharted territory and a debit card ready for action, I embarked on visiting the Austen sites that comprise the dreams of any serious Janeite. On the “hit list” was Jane’s home in Chawton, Winchester (to see the cathedral where she is buried and the place of her last residence) and, once back in London, the original Twinings tea store, where Jane, herself, bought tea. 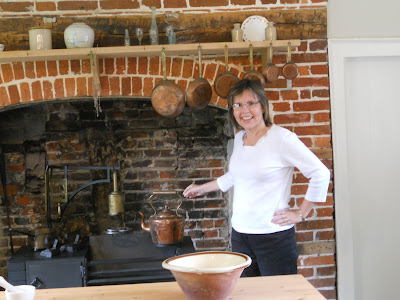 Heating up the kettle for tea in the Austen kitchen

Starting our journey from our hotel in the Marylebone section of London, it was trains, subways and buses to get to Chawton. A one-hour train ride takes you from London to Winchester, but that’s just the first leg. From Winchester to Chawton, you take a thirty minute bus ride to the English countryside. The bus stop where we were dropped off is on a country road bordered by open fields which give little indication that the home of one of the greatest novel writers in history is less than a ten minute walk away. There were no flashing signs or souvenir shops to dot the pathway to our destination, but, somehow that seemed fitting. It doesn’t take much to imagine you are back two hundred years ago, heading back home after long walk to take in a good meal and a hot cup of tea. 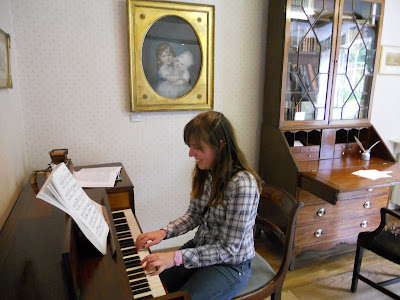 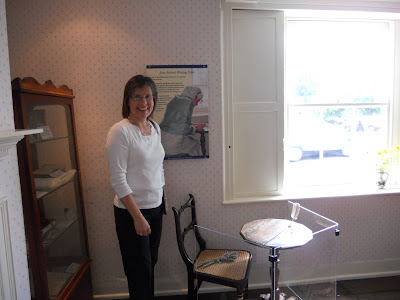 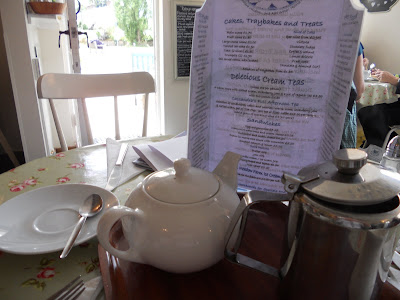 Where Jane liked to write (top photo). If she had had access to the internet, this is where she would have composed her blog.


And after visiting the Jane Austen House, we did just that: we had lunch at Cassandra's Cup, a bright and cozy tea room across the street. My daughter chose comfort food in the form of meatloaf and mashed potatoes, but I rarely pass up the opportunity to have afternoon tea fare when it's on the menu. I had a tasty salmon sandwich and we both shared a pot of Earl Grey. It felt like we were in the comfortable kitchen of Jane's neighbor. 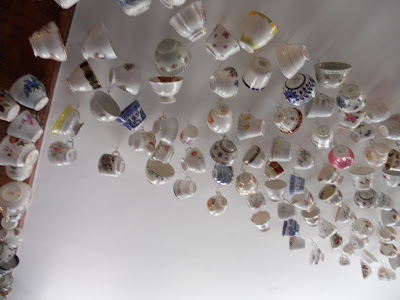 
Once restored with a fitting meal, we used that energy to pay one more visit to the Jane Austen House to engage in some fine souvenir shopping at the gift shop. It is here where we subscribed to the Jane Austen diet. Ah, yes, dear reader, we shed many pounds in that enticing store. (I ask, can one truly have too many Jane Austen mugs – especially when one commemorates the 200th anniversary of Sense and Sensibility? I think not!)

It was the start of the first of our Austen sites and a very good one, indeed.
Posted by Barb's Tea Shop at 2:58 PM No comments: