Prince Harry turns thirty today and less than a month ago, my own Lord Gulley the Younger, (aka, my oldest son, Rob) turned that same magical number. It's easy to dismiss it as being "soooo young", but when the Younger sank into a bit of a funk a week before his birthday, I tapped back into the long- ago and remembered having to come to grips with that age myself -  the somewhat arbitrary society-imposed demarcation between "young & carefree" and "responsible adult". Like most things, the dread is worse than the even itself and, as most of us discover, those milestones are really worth celebrating.

Thirty is a great number. It's three decades of something and if the trajectory was mostly good, it's commendable.

The Younger is actually old enough now to see the recycling of some childhood favorites. Our family room used to be filled with Teenage Mutant Ninja Turtle figurines, villains and vans. Last month, he saw the recent TMNT movie opening night. He may be a responsible adult, but "turtle power" says, you're still young & carefree. In fact, you're downright awesome, dude!


A self-help book written in 1932, gave way to the well-tread phrase of the Twentieth Century, "Life Begins at Forty". In 2014, it's fair to say life begins at thir-tea. In this new(er) millennium, where everything is fast-tracked, it's time to start the fun even sooner and it will be totally tubular.

The third weekend of July, my daughter, Rachel, and I, eschew the conventions of the new(er) millennium, after a six hours south from Detroit to Louisville, and treat ourselves to a few days devoted to the Regency period and all things Austen.  This year, the Greater Louisville Region of the Jane Austen Society (JASNA), under the direction of Regional Coordinator Bonny Wise, hosted the 7th Annual Jane Austen Festival at the historic Locust Grove in Kentucky and, after attending five of those, we agreed - this was the best one  yet!


This year's festival was a perfect blend of traditional favorites, such as Dressing Mr. Darcy and the Regency fashion show, along with some exciting new features including back-to-back presentations of two British authors (John Mullan and Jo Baker, see July blog story, What Matters at the Jane Austen Festival. . ."), archery demonstrations and several period living vignettes dispersed throughout the grounds. And, we found that even the afternoon tea was better with a delicious and filling menu, including Bingley's Teas, and the service was exceedingly good.

Our day started gathering with a crowd over the hill to watch a women's archery demonstration. Literally aiming to please, this athletic display was captivating as ladies, dressed in Regency attire, pulled back their bows and shot arrows at their target. This proved women of the 1800's weren't all about needlework and filigree. 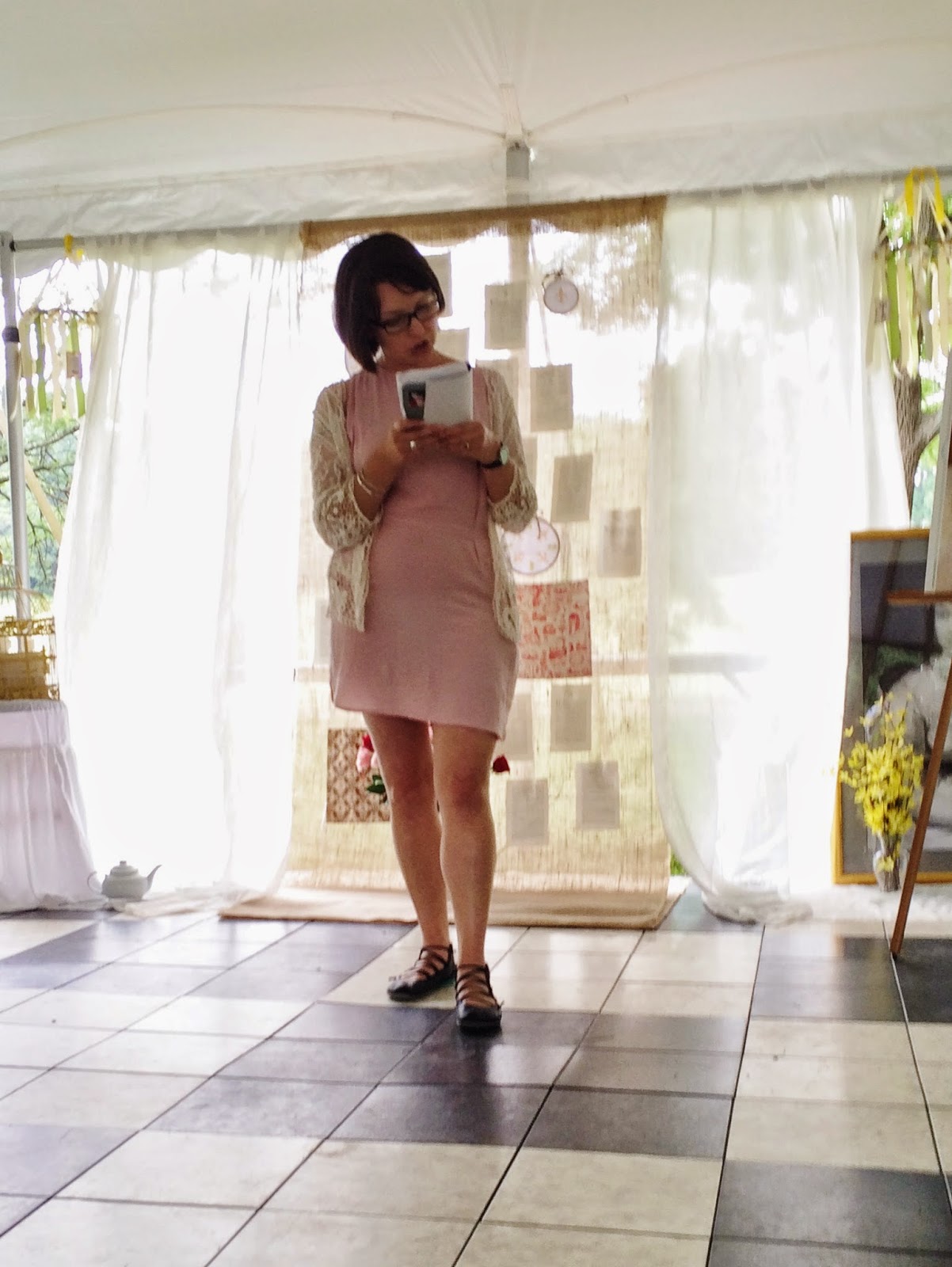 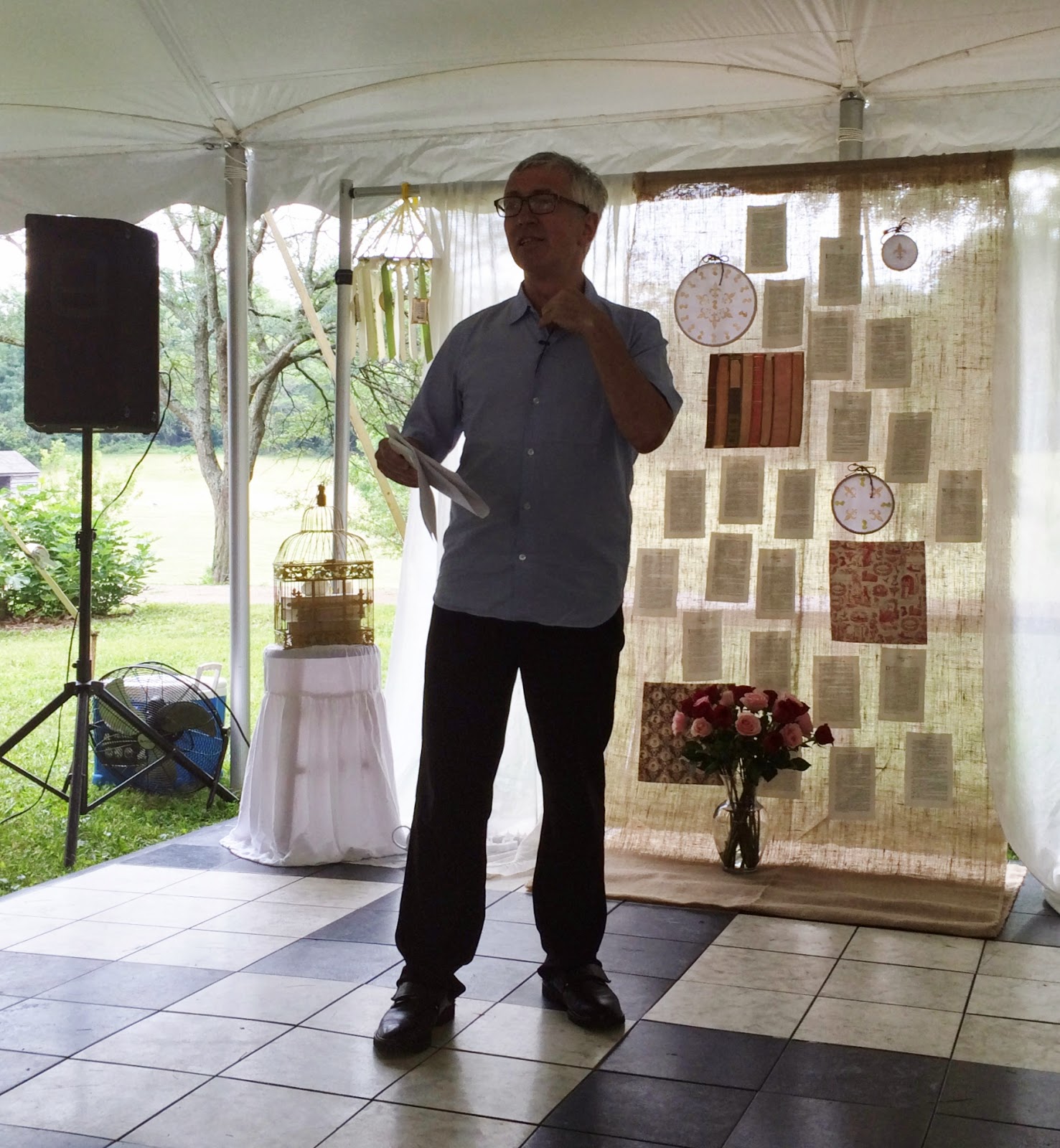 Next up was the authors' lectures under the big tent, followed by a book signing. Mullan and Baker were as captivating on stage as they were meeting up-close and personal. We were thrilled to see the Festival bring back the author presentations that had been missed in recent years.


After the guest speakers, we headed to Meryton, where we shopped for tea and other Austen-related items. We filled our cart with a variety of tea from Bingley's Teas, including our favorite for any time we're feeling a little under the weather, Compassion for Mrs. Bennet's Nerves.

We also picked up a fancy walking stick for a certain Lord Gulley waiting back home.


We watched dueling gentlemen on the green which, despite a few misfires, was suspenseful and entertaining. We strolled the grounds and took in several displays of Regency period picnics and gatherings throughout the village. We were caught up in the sheer number of guests decked in Austen-era attire, including toddlers and infants in strollers, and we proclaimed we must be part of the fun next year.


Although walking was our primary method of transportation, we did take a break and treated ourselves to a sedan chair demonstration. We learned that gentlemen and ladies need not bow to enter in order to accommodate any large hat they may be wearing. Our kind escort showed how the top of the sedan chair was hinged and could be lifted to make way for any headdress while one entered. We agreed, this would be our choice to get passed gridlock on the bridge from Cincinnati to Kentucky, chapeau or no. 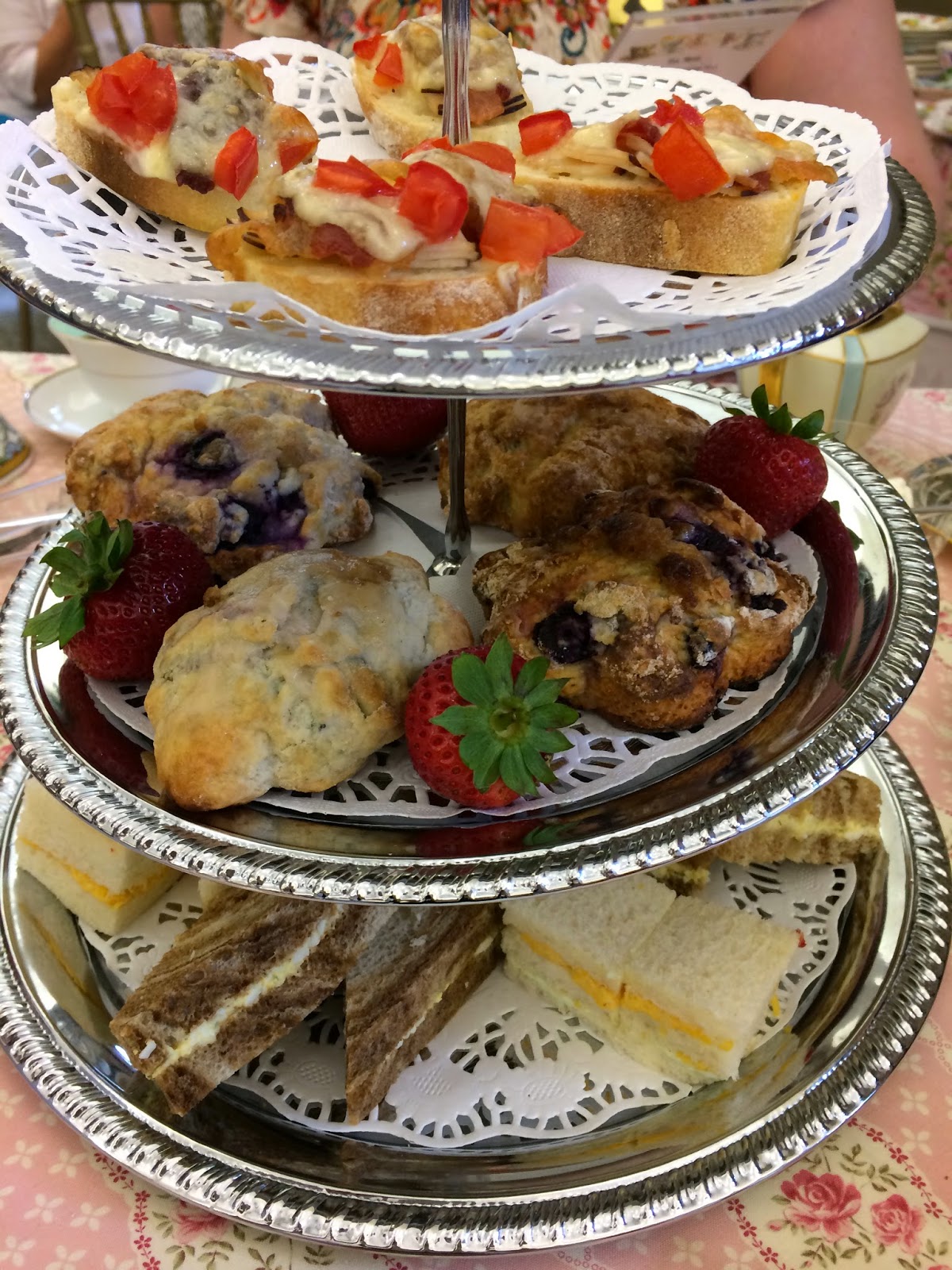 Tea time was our final activity before heading north and 2104. We were seated with another mom and daughter and talked over Earl Grey and scones. Although we deigned not to partake in the au courant selfie-craze, we were much amused by the afternoon tea time photo bomb.

Our bonnets are once again off to Greater Louisville Region, Bonny Wise, and her team of volunteers who put on another amazing Jane Austen Festival. We'll be back next year, in costume, and if there's any construction along I-75, we'll see if we can't reserve ourselves a sedan chair. We won't want to be late for the Eighth Annual JA Festival!
Posted by Barb's Tea Shop at 9:12 PM No comments: