Every (Snow) Cloud has a Silver Lining 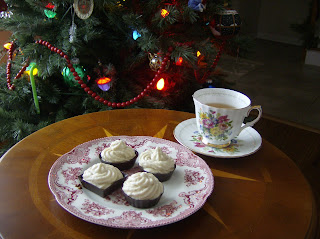 Just in time for the busiest time of the year, a snow storm hit southeastern Michigan hard this weekend. Like many in my area, this was not on "the list" of things to do before December 24th. I still had shopping, wrapping, card writing and decorating on my to-do's and this 10 inch snowfall was an imposing fluffy-white barricade to getting these things completed.

So, Friday morning, in total denial, I pulled on my Cabela snow boots, threw my ski coat over business casual attire and headed into the office. Braving unplowed streets and what appeared to be an abandoned parking lot, I made my way up to our department floor and was met with the silence of the majority, who wisely stayed home. I made myself a cup of tea and shared stories of the treacherous drive in with a few co-workers who were slowly making snowy trails to their cubicles. In a relatively short time, we received word from executive management to go home, as all indications were the storm would not be letting up any time soon.

That's when the "snow day" alarm set off - that joyous memory of no school, no homework and an unapologetic reason to do absolutely nothing. I immediately called my daughter, Rachel (who's home on college break), to put the kettle on to boil and warm up the DVD. It was a cosmic gift being sent our way - a day off, with no guilt!

By the time I got home, the tea was ready and the first episode of Gilmore Girls, Season 7, was ready to run. We were armed and ready - I brought out the full artillary of honey sticks: cinnamon, lemon and cloverleaf. Then Rachel went full throttle and brought out the kitchen aide. The day before, she had found a recipe in one of my tea magazines, for white chocolate chai tea mousse in dark chocolate cups. So, while Lorelai and Christopher were trying to salvage their marriage, we were wrapped up in afghans, sipping tea and eating chocolate. "The list" stayed forgotten, tucked away in the zippered pocket of my mock-designer purse.

Now, mind you, the list was still there the next day, but with the forced recharging of internal batteries, it seemed like a snap to get the remainder of the holiday tasks completed. Well, my husband might argue the mid-afternoon drive to the mall was more like a taxi ride in rush-hour Manhattan than a "snap," but we softened the stress by switching on the 24-hour Christmas music station and, as if on cue, the familiar and soothing sounds of Bing Crosby bellowing"White Christmas" came on.

Certainly, there's no doubt, in Detroit, we don't have to dream it, we're living White Christmas this week. But, to borrow from Irving Berlin, no matter where you are: "May your Holidays be merry and bright and - with the assistance of a full force of salt trucks - may all your Christmases be white." 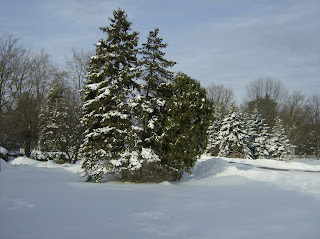 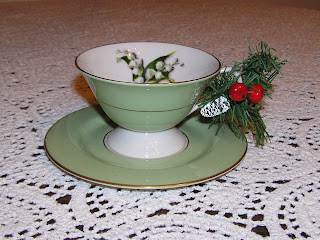 If it's any indication how prepared I am for Christmas this year, on this afternoon's tea break I'm still reflecting on Thanksgiving. In the midst of snow, twinkling lights and holly berry wreaths, I decided to pour myself a second cup of Earl Grey (from Angelina's) and share with you some of our new Thanksgiving traditions this year.

"In-laws" took on a new meaning for us this November as we had our first blended holiday gathering between ourselves and our future daughter-in-law, Karyn's family. Of course, we had the standards: turkey, stuffing, green bean casserole and pumpkin pie. But with our extended family, we had more tea enthusiasts at the table than ever before! So, for dessert, we brought out the variety pack as well as brewed a pot of Earl Grey from Angelina's.

(Just for the record, we picked this fine tea at Angelina's in Paris, upon our good friend, Carol D's recommendation. After sampling, we understood why she asked us if we could bring her back a tin. With that, we find it is true - good friends don't let good friends drink bad tea!)

So, for the first time at our Thanksgiving dinner, we brewed tea for our guests. It added a touch of grace and civility to our holiday repast - that is, until the cards came out. Then, the white gloves came off as we began the ultimate pinochle tournament only to be followed by Extreme Hearts. The latter of which we renamed, "There Will Be Blood. . . But Not on the First Trick!" (For those who don't follow that card game, "blood" refers to the suit of "hearts" - so no worries!)

After midnight, and long after the tea had turned cold and the leftovers were put away for a week's worth of tasty meals, we concluded our Thanksgiving get together with traditions old and new. It was the perfect "meld"-ing of family, turkey, tea and pinochle. Dare I say, it will be hard to "trump"?

But, now, back to this weekend where, while taking ornaments out the crate and dusting off snow globes, I'm also thumbing through Hoyle's as well as Harney's new tea catalog for inspiration for our next blended gathering.

So, friends, enjoy your holiday preparations - but don't forget to treat yourself to a little holiday tea time in between!

Barb
Posted by Barb's Tea Shop at 2:03 PM No comments: